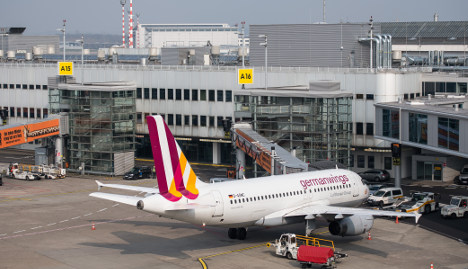 A Germanwings plane on the tarmac at Düsseldorf airport. Photo: DPA

A Germanwings spokeswoman told The Local that only one flight, from Cologne-Bonn airport to London Stansted, would be cancelled on Wednesday.

A number of crews had called in to say they wouldn't be working on Tuesday evening for personal reasons.

“We have empathy for them,” Germanwings board member Thomas Winkelmann said in a statement.

A spokeswoman for Germanwings' parent company, German flag carrier Lufthansa, told AFP that "Lufthansa flights are going ahead as planned.

"One Germanwings flight has been cancelled because pilots don't feel they are in a position to fly."

Lufthansa and competitor airlines including AirBerlin and TuiFly are loaning 11 aircraft to allow the 40 flights affected by crew refusals to run as normal.

A spokesman for the pilots' union Vereinigung Cockpit, Joerg Handwerg, insisted the decision was not because of concerns about safety.

"It has nothing to do with safety. The pilots have friends and colleagues who have died," Handwerg said on public television.

"That is such a heavy emotional burden that it's better not to get into the cockpit."

Düsseldorf airport said on its website that flights to some destinations including Paris, Hamburg, Madrid and Stockholm were cancelled on Tuesday evening.

Cologne also saw a number of Germanwings flights cancelled, including to London, Milan and Zürich.

Airport spokespeople could not give exact reasons for the cancellations.