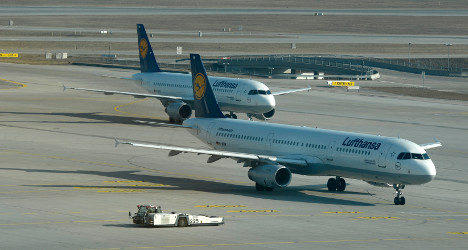 However, a spokesman for the pilots' union Vereinigung Cockpit warned offurther action in the coming weeks as there was no sign of an agreement.

"There's been no movement so far," the spokesman said, refusing to ruleout further stoppages at just 24 hours' notice, and possibly over the Easter break in April.

Management and unions are embroiled in a bitter dispute over pilots' earlyretirement provisions.

Originally, Vereinigung Cockpit had called for a 24-hour walkout lastWednesday, but subsequently extended the industrial action over four days.

Short and medium haul services were cancelled on Wednesday and Friday, andthere were no long haul and cargo flights on Thursday and Saturday.

In all, around 220,000 passengers were hit by the four-day walkout,Lufthansa said.

It has been the 12th and longest stoppage since the pilots began theirindustrial action last April.

The dispute hinges on Lufthansa's plans to scrap an arrangement under whichpilots can retire at 55 and receive up to 60 percent of their pay until they reach the statutory retirement age of 65.

However, the head of the shareholder lobby group DSW told a Sundaynewspaper that union representatives should no longer be allowed to sit on Lufthansa's supervisory board.

"Shareholders have had enough," Marc Tuengler told Bild am Sonntag.