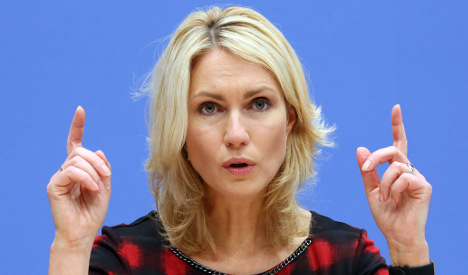 Government plans for a 'women quota' sound simple enough: publicly traded companies with employee representation on the board should include 30 percent women directors as of 2016.

While that directive would only affect around 100 of Germany's largest companies, a total of 3,500 firms would also be called on to set binding targets for increasing the number of women in management jobs from 2015.

And there will be strict new rules for the civil service, which will be expected to aim for a strict 50/50 ratio between men and women in all jobs.

But expert evaluations of the bill seen by the Frankfurter Allgemeine Zeitung (FAZ) suggest that it wouldn't work in its current form.

That will make for a tough debate in the Bundestag (German parliament), as the government had hoped to push the law through in early March.

But with broad-based support from MPs, including among the opposition Green party, there is likely to be the will to get the bill into a workable state.

"No, this women quota isn't perfect. Now it will be reworked in the Bundestag. Nevertheless, it's a historic step," Green leader Renate Künast wrote on Twitter on Monday.

And von Roetteken concluded that the bill as a whole was “technically poorly made and contains partially contradictory rules.”

He expected that to cause more litigation over personnel decisions and delays to filling jobs.

Martin Heidebach of the University of Munich pointed out that one part of the law, which would force the civil service to prefer men in areas where they are under-represented, was also unconstitutional.

He said that low numbers of one sex didn't necessarily mean there was a “real disadvantage” – the legal threshold set in the constitution for intervention in favour of one group.

And he had further concerns that different parts of the bill would infringe family firms' and investors' rights to control over their own property.

The reform could ultimately lead to companies reforming themselves so as to be based in different countries such as the UK – something that happened when Norway introduced similar legislation – said Heidelberg-based jurist Marc-Philippe Weller.

And there were further doubts about the estimated cost to business of introducing the reform, with Justice Minister Heiko Maas' estimates of €250,000 annually dismissed as “far too small” by Friederike Rotsch, head lawyer at pharmaceutical company Merck.