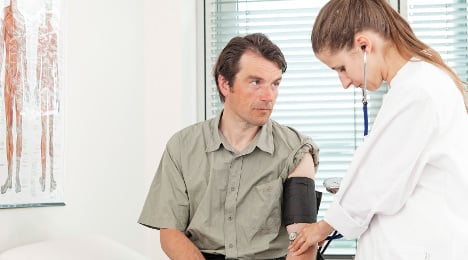 “The goal can be that employees should be able to report themselves sick for up to a week,” lead researcher Wolfram Hermann told Welt am Sonntag.

Hermann said that workers needing sick notes accounted for a large proportion of short-notice visits to doctors, taking up too much of their time.

As well as unburdening doctors, a change to the system would “strengthen workers' sense of responsibility at the same time”, he argued.

Norway, which already has a similar system, did not experience any sudden rise in sick days when they made the change.

Christian Democratic Union (CDU) MP Jens Spahn, a member of the Bundestag (German parliament) health committee, agreed that something had to be done to help doctors.

“The average number of doctors' visits is so high in Germany because patients have to come all the time, just for prescriptions, checkups or short-term sick notes,” he told the Münchner Merkur on Monday.

But he added that while politicians should look into the suggestions, business was already dealing with high numbers of sick days.

Figures from 2013 showed that workers took an average of 17.6 sick days over the course of a year.

Employers disagreed that sick notes were a serious burden for doctors.

“Overall, the laws on sick days are proven effective,” a spokesperson for the German Employers' Federations (BDA) said.

In fact, he suggested that the minimum of four days' absence before a sick note is needed should be reduced “to counteract any possible abuse” of the system.