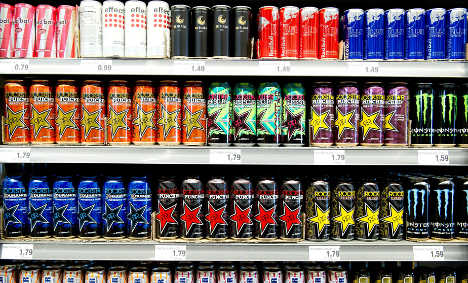 The government was duty-bound to protect children from avoidable hazards like the high caffeine content of energy drinks, the party's consumer policy spokesperson Elvira Drobinski-Weiß told The Local.

Particular criticism was levelled at Minister of Food and Agriculture Christian Schmidt for inaction on the matter, which he discussed with MPs in January, along with proposals to rein in sales of e-cigarettes to minors.

"He says we must explain the dangers [to young people] – that's not enough," Drobinski-Weiß said.

She added that the Bundestag should amend the youth law on energy drinks, making them a matter for Families Minister Manuela Schwesig (SPD).

Standard 250ml cans of drinks like Red Bull and Monster contain on average 80 milligrams of caffeine, or the equivalent of two cups of filter coffee.

So-called energy shots, which are also popular among young people, contain four times as much caffeine and can be downed in a moment, Drobinski-Weiß said.

But health warnings in small print on the containers are largely ineffective among youths in a party mood, the party believes.

"Young people take in huge doses of of caffeine despite the warning not to take more than one dose [of energy drink] a day," she added. "But when youths party they drink far more and also mix it with alcohol."

For comparison, a safe threshold of around 300 milligrams of caffeine is often advised for adults.

Although energy drinks are a relatively new type of beverage, appearing in Europe in the 1980s, they quickly became a mainstay of party culture.

If the SPD manages to modify youth legislation, it will put energy drinks on the same footing as spirits, but above beer or wine, which can be bought from the age of 16 in Germany.

Asked whether German Formula 1 champion Sebastian Vettel's transfer from Red Bull Racing to Ferrari in December was helpful to the campaign, Drobinsky-Weiß said that association certainly plays a role.

"Of course young people will try to emulate him," she added.

As for the chances of the Bundestag amending the law, the spokeswoman declined to comment.
But she said it was encouraging in the broader picture that the European Commissioner for Health and Food Safety, Vytenis Andriukaitis, achieved a ban on energy drink sales to minors during his tenure as health minister of Lithuania.
SEE ALSO: Cigarette sales drop to lowest number yet