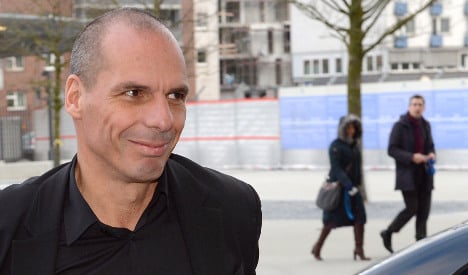 Yanis Varoufakis arriving at the ECB in Frankfurt on Wednesday. Photo: DPA

"We had a very fruitful discussion and exchange," Varoufakis told reporters after emerging from his meeting at the ECB's headquarters, which lasted just over an hour.

There was an "excellent line of communication, which gives me a great deal of encouragement for the future," the minister told reporters.

In the run-up to the meeting, a report in the Financial Times had suggested that Draghi would take a tough line with Varoufakis and could even block a key element in Athens' plans to renegotiate its bailout.

The minister said Draghi "was particularly helpful in outlining the mechanism by which the ECB supports eurozone member states including Greece".

The ECB chief had laid out the "constraints, the rules, the regulations, the process by which the relationship between Greece, the eurozone and, of course, the central bank must unfold," he said.

As for his government's own plans, "I had an opportunity to present to him our government's utter and unwavering determination that it can't possibly be business as usual for Greece," Varoufakis said.

"We need to end the malignancies that have afflicted the Greek economy in the past year."

The visit to Frankfurt was the latest on whistlestop European tours by Varoufakis and Greek Prime Minister Alexis Tsipras to drum up support for Athens' planned renegotiation of its €240 billion bailout.

Varoufakis has already taken his case to London and Rome, while Tsipras was scheduled to meet European Commission president Jean-Claude Juncker in Brussels on Wednesday before heading to Paris.

The Greek finance minister will have another tricky encounter Thursday, when he meets German counterpart Wolfgang Schäuble in Berlin in a key test of whether his proposals have any chance of being accepted by the EU's leading powers.

Varoufakis said he was "extremely eager" to meet Schäuble, whom he described as "an intellectual force behind the project of the EU". 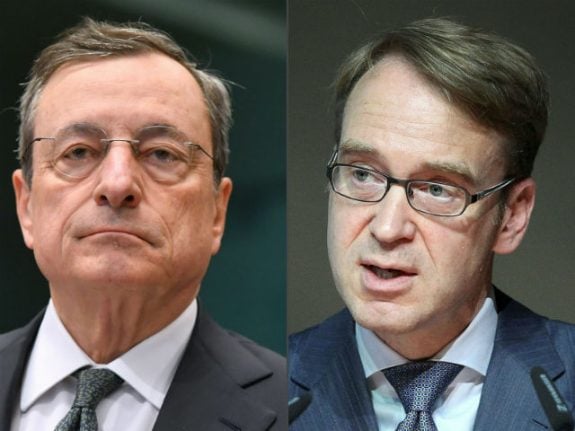