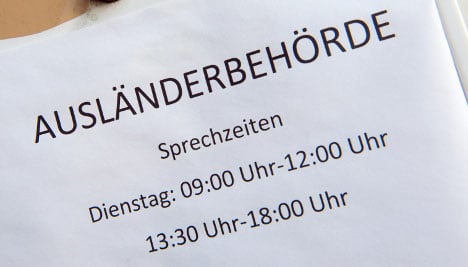 Europe's top economy, where immigration is currently being vigorously debated as in other EU countries, saw its population grow from 80.8 million at the start of last year to 81.1 million by the end.

The increase was down to at least 470,000 more people having come to Germany than having left, marking the highest positive migration balance since the beginning of the 1990s, according to provisional data.

It also showed that about 212,000 fewer people were born in Germany than died.

Germany opened its labour market at the start of 2014 to citizens of Bulgaria and Romania, which both joined the EU in 2007.

Immigration has further shot up the political agenda in recent months after the rapid emergence of anti-Islam, anti-immigration movement Pegida ("Patriotic Europeans Against the Islamisation of the West").

Its weekly marches rail against "criminal asylum seekers" among a host of other grievances.

Its leaders told reporters Monday that their demands included immigration reform modelled on the Canadian system to attract more skilled professionals and fewer refugees, and for more steps obliging foreigners to "integrate".