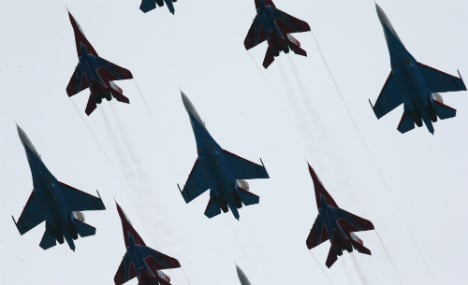 French President Francois Hollande and German Chancellor Angela Merkel spoke to the Ukrainian president about a ceasefire agreed in September, prisoner exchanges and possible renewed dialogue with Ukraine's separatists in the east, said a statement from the French presidency.

The eight-month-old conflict between government forces and pro-Russian separatists in eastern Ukraine has left at least 4,634 dead and 10,243 wounded, and displaced more than 1.1 million people, according to UN figures

The Ukrainian army on Sunday reported 14 attacks on its positions in the past 24 hours, including one in which Grad rockets, mortars and anti-tank weapons were fired "as a provocation", but no one was killed or wounded.

Hollande and Merkel on Sunday underlined "the need for Russian authorities to take all measures expected of them to favour a de-escalation" of the conflict, the statement said.

The IMF this year granted Kiev €13.6 billion financial aid over two years, as part of a €21.6 billion global rescue package set up by Western countries.