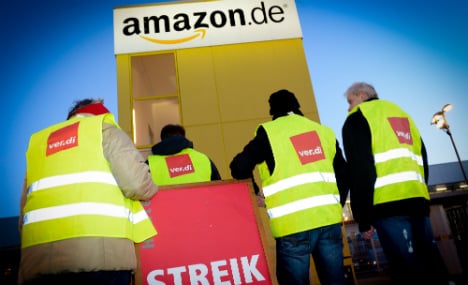 Just after midnight on Monday, employees at the online giant's Bad Hersfeld flagship distribution centre walked off the job. Workers at five other centres followed suit.

"We are going to strike until we come to a fair agreement with Amazon for its employees," said Verdi union spokesperson Thomas Schneider said. "Amazon isn't budging and therefore has to be pushed."

The strike is scheduled to go until the end of Wednesday's late shift during what is usually the busiest time for Amazon.

"Strikes are a scenario that we are prepared for," said Bad Hersfeld shop boss Robert Marhan.

Since May 2013, Verdi has been trying to bring Amazon to the table to negotiate on the employees' status as retail workers. The American-based company says it’s a logistics company and therefore doesn't have to.

Other centres suffering industrial action are Leipzig and Graben in Bavaria as well as Rheinberg and Werne in North Rhine-Westphalia.