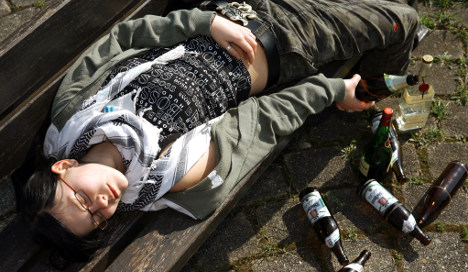 In a Hamburg press conference, DAK announced that combined figures from nine of Germany's 16 states showed a 13 percent drop in hospital admissions for alcohol poisoning among young people in 2013 compared with 2012.

"There's obviously been an effect from the increased information aimed at young people about the dangers of alcohol abuse," DAK spokesman Rüdiger Scharf said.

The insurers say that they expect the number for the whole country to be well under 25,000 – "the lowest number since 2008", Scharf told journalists.

DAK measured the number of people between 10 and 20 years old who were treated in hospitals for excessive alcohol consumption.

Hesse showed the best performance, with a fall of 31 percent, closely followed by Berlin at 29 percent.

Scharf said that there was more work to be done, for example by checking that minimum ages for buying alcohol and bans on selling alcohol at night, as in Baden-Württemberg, were being respected.

"The easier it is for young people to get hold of alcohol, the greater the risk of binge drinking," he said.

SEE ALSO: Half of Germans need to lose weight