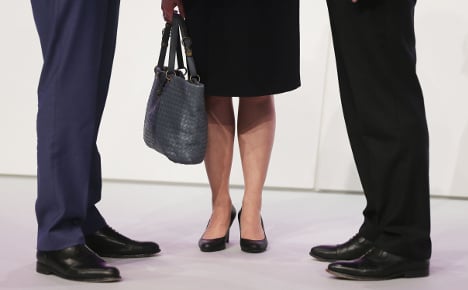 “We've agreed on a quota for women and it will come. But exactly as it is in the coalition agreement. Not an inch further,” CDU parliamentary leader Volker Kauder told Bild.

There would be “no over-the-top duty to report” female numbers for businesses, Kauder said.

Minister for families, senior citizens, women and young people Manuela Schwesig of the SPD has been pushing for the law to require more detailed reports from businesses if they don't meet the quota.

Together with Justice Minister Heiko Maas, she has put together a bill that would require the 108 largest companies in Germany to have a minimum of 30 percent women on their boards.

The draft law would also force companies to leave board seats empty if filling them with a man would bring them under the quota level.

ELECTION
Germany warns Russia it will ‘defend itself’ against targeted disinformation in election year
Url copied to clipboard!