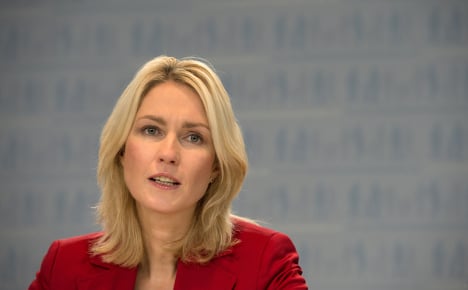 Minister Manuela Schwesig took over sponsorship of the programme at an event in Berlin.

“Images of sexual poses harm the human rights of children and often lead to even worse forms of violence,” Schwesig said on Monday.

The project will create hotlines allowing people who find sexual images of children online to report them to authorities in the country where they are hosted.

Google will also place warnings around search results when it believes a user is looking for sexual images of children, the company announced in a blog post.

They will offer links to advice for children affected by abuse and to the “Don't become a perpetrator” (“Kein Täter werden”) network, which offers anonymous counselling for people with paedophilic urges.

Members of the network are hoping to end the distribution of images of children in sexual poses or a “sexualised” context – not just explicit images of sex acts committed with children.

“This is about images in a legal grey area which continue to be distributed online despite all the successes in the fight against abuse,” said Jutta Croll of the Centre for Protecting Children Online (I-KiZ).

“Even if these images aren't illegal in every country, they damage the dignity and the intimate life of children.”

The central point of contact in Germany will be a new website, jugendschutz.net, to be financed by the Ministry for Families.