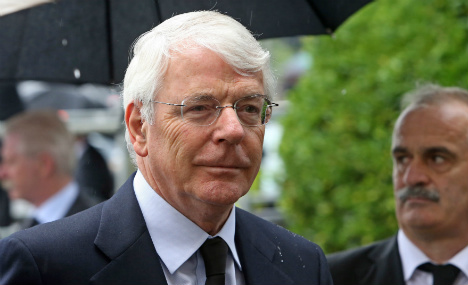 Britain "may be poised to leave the European Union", Major said in a speech in Berlin at the Konrad Adenauer Stiftung, the foundation of Chancellor Angela Merkel's Christian Democratic party.

Major said he himself was in favour of Britain staying in, according to a text of the speech published on his website.

But he added that "opposition has reached a critical mass and now, for the first time, there is a serious possibility that our electorate could vote to leave the EU".

"I put the chance of exit at just under 50 percent but if the negotiations go badly that percentage will rise. Conversely, with genuine reform, it will fall."

Prime Minister David Cameron has said he will hold an in-or-out referendum on Britain's membership of the EU in 2017 if he wins a general election in May.

He has promised to campaign for Britain to remain in "a reformed Europe", although he has not specified the exact changes that he wants implemented.

"It is not physically or politically possible without huge public disquiet," he said.

The Conservative politician took over as leader in 1990 after Margaret Thatcher's downfall and served until Tony Blair's victory in 1997.