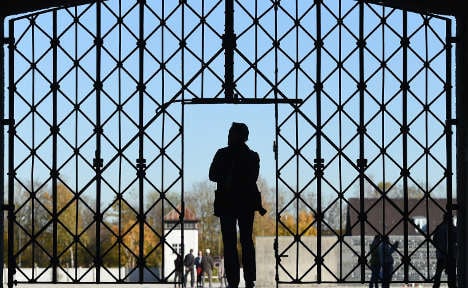 Almost a week after the theft from the site north-west of Munich, Bavarian police said they would offer the money for information which helped clear up the mystery.

The gate was stolen on Saturday night into Sunday morning.

Police said earlier this week they were chasing leads and suspected a neo-Nazi motive but no arrests have been made yet.

Dachau's partner town of Fondi in Italy has offered to replace the iron gate.