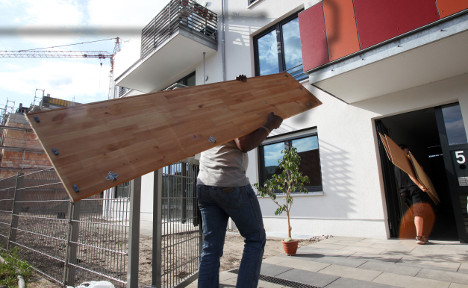 Only about half of Germany’s retiring baby boomer population will be replaced by a new generation in the job market, leaving employers needing to find new ways to compensate for too few workers.

One way to do this is to introduce new working models for people who would otherwise have difficulty with traditional office hours.

“Companies have to be aware of what they can do to be an attractive employer,”said Oliver Stettes, an analyst at the Cologne Institute for Economic Research.

“Companies will have to adjust to the needs of the labour force, such as offering flexible working hours, especially for parents or for people with relatives needing care, as well as solid chances of ascending the company ladder.”

Other employers are taking different approaches. Volkswagen recently announced the possibility of replacing its retiring personnel – around 32,000 in the next 15 years with – robots.

And schools are increasingly recruiting teachers from other disciplines, while pro-immigration politicians have repeatedly stressed the need to attract more migrants to narrow the gap.

But many German firms are not reacting fast enough – if at all – to cover the shortfall.

Human resources consulting group Manpower published a study on the worldwide talent shortage in May, where 1,000 German companies were surveyed.

Around 40 percent of those German firms said they were having trouble finding suitable candidates for vacancies, while over 50 percent said they fear damage to their competitiveness as a result of talent shortages.

And 56 percent said they were employing strategies to combat the shortage.

One such strategy is hiring people who might not necessarily have the right qualifications on paper, but the potential to train to acquire them. But only 13 percent of the companies surveyed did this.

Stettes said this has to change, especially considering the untapped potential that exists.

“Around 7.5 million people in Germany have no formal qualifications,” he said. “Companies have to recognize the possibility of hiring people who might not have the perfect qualifications at the outset, but are trainable, instead of waiting for the best of the best, and having to compete with bigger companies such as Daimler or Bosch.”

Sonja Christ-Brendemühl, Manpower’s spokesperson in Germany, said the reluctance to let go of formal qualifications as a hiring requirement was about mindset.

“It’s a mentality issue,” said Christ-Brendemühl. “Most companies still think one needs to have had an apprenticeship in payroll accounting to be a payroll accountant.”

SEE ALSO: Ten of the best expat jobs in Germany Another option is job-sharing or hiring more part-time workers which 16 percent of the 1,000 German companies questioned said they did.

“I think the measures would be sufficient, if they were actually being taken,” said Christ-Brendemühl. “Around 44 percent of companies we surveyed were not doing anything at all to respond to the labour shortage.”

However, Holger Schäfer, a senior economist also working for the Cologne Institute for Economic Research, said the chips had fallen long ago, and the labour shortage was here to stay.

All these measures taken together cannot correct an uneven demographic. Immigration might have, he said, as it is fastest way to plug holes in the workforce, as training and the introduction of new technology all take years. But Germany is still not an immigration country.

“All these measures won’t be enough," he said.

SEE ALSO: Welcome to the land of one million jobs