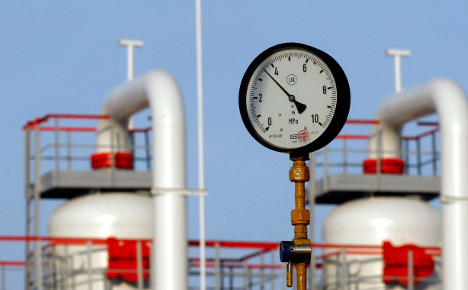 The French and German leaders said they had spoken with Russian President Vladimir Putin and his Ukrainian counterpart Petro Poroshenko earlier in the evening, and all four "have welcomed the conclusion of negotiations on the delivery of Russian gas to Ukraine, achieved thanks to the mediation of the European Union".

"The president of the Republic and the German chancellor have stated that the EU will fully play its role in association with its partners (the United States, the G7, IMF) to facilitate the implementation of the agreement," the statement from the French presidency said.

Russia, Ukraine and the EU signed a provisional deal in Brussels on Thursday on the delivery of Russian gas to Ukraine, and on to other parts of Europe, over the winter.

Hollande and Merkel also stressed the need to implement a ceasefire agreement signed in Minsk on September 5 and "hoped for the resumption of national dialogue between the Ukraine authorities and the separatists".

Fighting has continued in eastern Ukraine despite the ceasefire, claiming the lives of 160 Ukrainian troops.

EU Energy Commissioner Günther Oettinger said the terms of the agreement confirmed the tentative outlines of one he reached earlier in the month whereby Ukraine would pay $3.1 billion by the end of the year to settle a large portion of its outstanding bills to Russia.