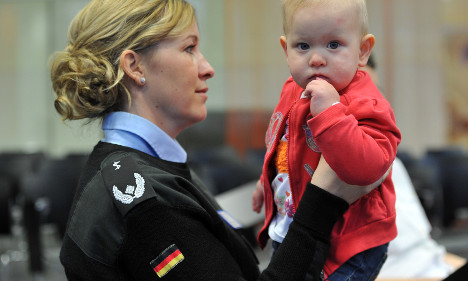 The Bundeswehr hopes the reforms will make it a more attractive employer. Photo: DPA

"Active, attractive, different" – that's how the Bundeswehr (Germany's armed forces) described the changes on their homepage.

And on Wednesday the second stage of the reform – a draft bill entitled "Law to increase the attractiveness of serving in the Armed Forces" was passed by Germany's cabinet.

If passed by parliament, it will mean better pay, regulated working hours and more part-time work for soldiers.

It will also improve the chances of promotion and improve pensions for regular soldiers. The entire package will cost almost €1 billion over the next four years.

The Armed Forces Association praised the project as a "milestone" for the Bundeswehr. "The soldiers are happy. This is an important step on the way to a volunteer army," chairman André Wüstner told the Rhein-Neckar-Zeitung on Thursday.

Since scrapping military service in 2011, Germany's armed forces have struggled to recruit. Abolishing conscription saw the size of the military fall from around 250,000 to 160,000 men and women. But Germany's armed forces commissioner, Hellmut Königshaus, said the reforms did not go far enough to make the military Germany's most attractive employer.

"It's good when these issues are overcome, but that may not make it attractive enough in comparison to other employers who are already further down the line," he told the Neue Osnabrücker Zeitung on Thursday.