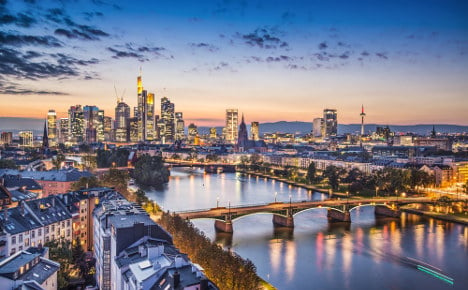 The Doing Business 2015 report placed Germany at 14th in the world for ease of doing business, a fall of one place from its rank last year.

Germany was easily outstripped by northern neighbour Denmark, which placed fourth in the table to become the best-performing country in Europe.

Other top-ten European countries were Norway, the UK and Finland in places six, eight and nine respectively.

The World Bank report analyzed how easy or difficult it was to carry out different tasks needed to start or operate a business.

Germany was dragged down by poor scores in certain areas. Out of the 189 countries ranked, it was placed 114th for ease of starting a business, a fall of 11 places against the previous year.

The analysts found that it took two weeks to go through all the bureaucracy needed to found a company.

That compared badly with an average of just nine days in the club of advanced economies which form the the Organization for Economic Co-operation and Development (OECD).

The costs for starting up a business in Germany were also more than double the OECD average.

And the country was in 89th position for registering property, having slipped nine places since 2013.

It took 40 days to register a German property, compared with 24 days across the OECD, while the cost in taxes and fees was 2.5 percentage points higher than the average at 6.7 percent of the property's value.

World Bank officials put Germany in 68th place for ease of paying taxes, finding that it took companies an average of 218 hours per year to deal with taxes and that the government took in an average of 48.8 percent of profits.

The news came on the same day that researchers at the Centre for European Economic Research in Mannheim published their 2014 Innovation Index, finding that Germany remained in sixth place overall.

But the country lost ground in the ranking of economic innovation, in which it slipped from third to fifth place.

SEE ALSO: Exports to Russia collapse by a quarter