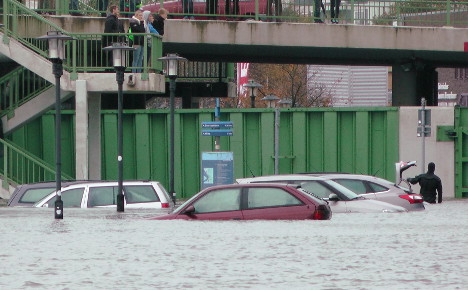 Cars waiting to be loaded onto the ferry at Bremerhaven, Lower Saxony, were caught in flooding on Wendnesday. Photo: DPA

The National Navigation and Hydrography Office (BSH) in Hamburg published a flood warning for the North Sea coast, saying that high tide on Wednesday could be 2 to 2.5 metres higher than average in some places.

"That would mean a serious flood," a BSH spokesman said.

Ferries to islands off the coast of East Frisia, including Borkum, Norderney and Langeoog were cancelled.

The German Weather Service (DWD) warned of high winds and heavy showers as Gonzalo makes its way across Germany and then eastwards during Wednesday afternoon.

"These storms and cold fronts happen once or twice a year on average," Andreas Friedrich of the (DWD) said. "What we're experiencing is a return to normal for this time of year."

The storms caused damage in Düsseldorf on Tuesday night, collapsing scaffolding and other temporary structures in some places.

In Cologne, six people had to be rescued from a cable car after strong gusts of wind left them suspended 40 metres above the Rhine.

In Baden-Württemberg police and fire services were called out hundreds of times. A regional train hit a tree on the line, while another tree fell through a 45-year-old car driver's windscreen, leaving him seriously injured.

Refugee housing in Wiernsheim also had to be evacuated.

And in Bavaria, two Munich S-Bahn lines were out of action on Wednesday, while there were 15 centimetres of snow on Germany's highest mountain, the 2962-metre Zugspitze. Two tents housing refugees in Nuremberg had to be dismantled after they were damaged by heavy winds.

No-one has so far been hurt by the bad weather in Germany so far, but heavy winds are expected to continue until Friday. 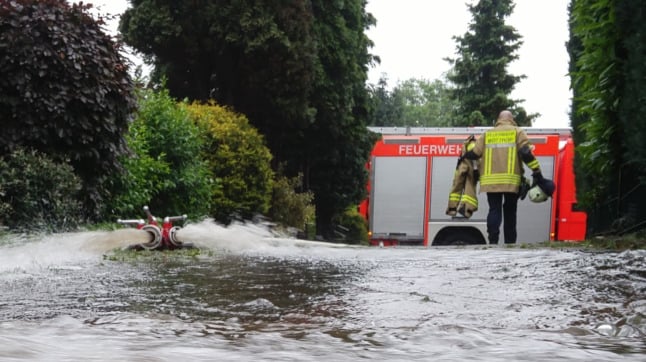 WEATHER
IN PICTURES: Storms and floods strike across western Germany 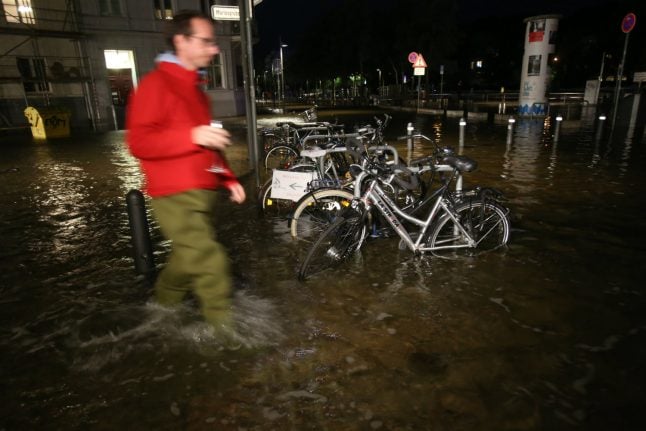