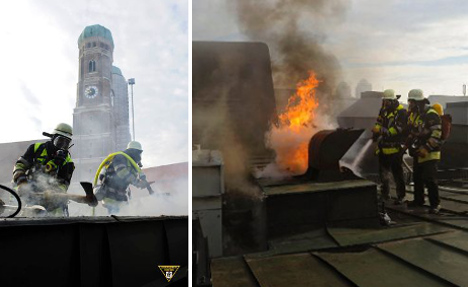 Firefighters were on site for three hours from just after 8am to control flames coming from the roof of a six-storey office block in Promenadeplatz.

Employees in the office block, which houses Commerzbank, noticed smoke coming from a toilet in a stairwell and called the fire service.

A ventilation unit on the roof of the building had caught fire.

The building was evacuated and the fire, which covered around 15 square feet of the roof, was put out.

The fire service then used extractor fans to reduce the amount of smoke in the building, but initial damage was estimated at €100,000, the service said.