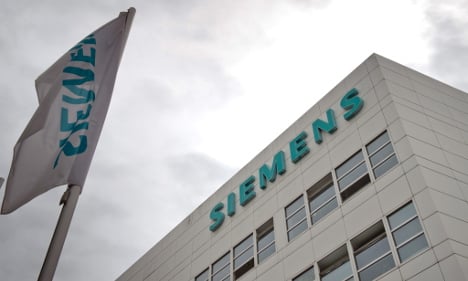 Siemens was the highest ranked German company when it came to spending on EU lobbying, according to the register. Photo: DPA

According to data extracted from LobbyFacts.eu, a new online tool which has attempted to give a more accurate picture than the unreliable EU lobby register, Siemens and Bayer AG are the fifth and ninth biggest lobbyers at the EU.

They have a combined lobby expenditure of over €39 million per year.

US corporations are the biggest spenders in Brussels lobbying.

Germany has 851 registered lobby organizations, according to the data, the most in Europe after Belgium. But Belgium’s figures are distorted by the number of groups registered in Brussels and lobbying for interests in other countries.

Natacha Cingotti of Friends of the Earth Europe said: “What we see is just the tip of the iceberg.

“Given the lack of a mandatory register, too much of the lobbying directed at EU institutions is shrouded in secrecy, with numerous lobby groups and law firms shunning disclosure or under-reporting their lobby budgets.”

SEE ALSO: How does Austria compare in EU lobbying?