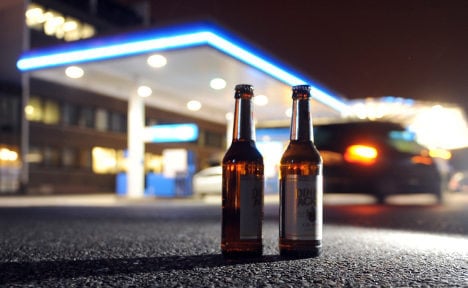 Social workers will closely oversee the project dubbed "Pick Up" in a dilapidated area around the central railway station of the industrial city of Essen, North Rhine-Westphalia.

An initial six people will sweep streets and collect garbage in return for €1.25 euros per hour, a warm meal and three bottles of beer after their shift, as well as tobacco for smokers.
The plan has drawn sharp criticism, with one aid group for the homeless labelling the "cheap labour" project dehumanizing and asking why alcoholics should be given beer on the public tab.
The project managers, Suchthilfe Direkt (Direct Addiction Help), however argue the scheme, which is based on a Dutch model, aims to reintegrate into society the most severe addicts of multiple substances, usually hard drugs and alcohol.
"The project participants are people who need to have a daily structure just to get back on their feet," its coordinator Oliver Balgar told Bild newspaper.
The primary aim is "harm reduction" for people not yet able or willing to go fully abstinent, to discourage them from consuming harder alcohol and to bring them into closer contact with social and medical services.
Those taking part will be mostly long-term unemployed and heavily addicted people for whom therapies have failed, who have health problems and are "socially isolated and stigmatized", the group said in a statement.
"The aim of the programme is not to supply people with beer," it explained. "For the participants it is about a meaningful daily structure, feeling useful and learning a new way to behave."
The project was supposed to start in mid-June, but has been delayed.
SEE ALSO: Bavarian waiter breaks beer-carrying record