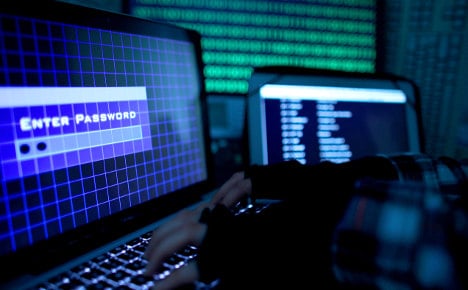 Security experts from the Criminal Police (BKA) and secret services are trying to find out whether the intelligence officer at the Federal Secret Service (BND), named as Markus R., sent any more classified material to the US spy agency than they already know about.

The Federal Information Security Office (BSI) would not comment on the case when contacted by The Local.

After he was arrested while working for Germany's foreign security agency, Markus R. explained to the security services how he communicated with his handlers.

When he checked the weather in New York using a specially-installed app on his laptop, a secure communication line to his second employers, the CIA, would open up.

However, the BND information security specialists have so far been unable to crack the password on the laptop – and Markus has refused to give it up.

Computer security expert Professor Jochen Schiller of the Freie Universität Berlin told The Local it wasn't surprising that the authorities had problems decrypting the computer.

“As a normal citizen… many of the commercially available [encryption programs] simply have weak spots, so that a secret service can get in anyway,” he said.

“On the other side, there are encryption techniques with which you can lock up your data and it's mathematically proven they can't be cracked so easily.”

“No NSA or BKA or anyone else can get inside," he added.

The case is one of the two which led to Germany expelling an American intelligence officer earlier this year.

The CIA station chief at the US embassy in Berlin left in July as public and political anger grew at the supposed ally's infiltration of the German security services.