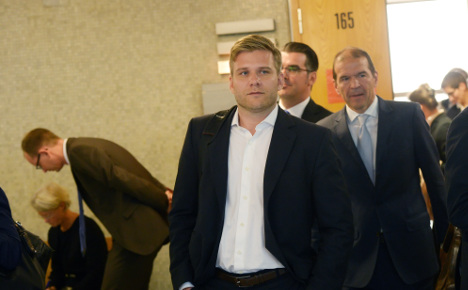 The German Taxi Association (GTD) had obtained an injunction from the court forbidding Uber to offer its UberPop service to passengers across the country.

The court has now found that while the injunction was legal, there was no reason for the court to settle the argument using the emergency measure of a ban.

“The case has turned out not to be as urgent as we first supposed,” said presiding judge Frowin Kurth.

The taxi drivers announced that they would appeal the decision on the emergency measure to the upper regional court.

If that fails, they will have to bring a full court case against Uber, which could take much longer to decide.

“We're happy that Uber can continue offering its better, safer and cheaper service for everyone with this decision,” Uber general manager Fabien Nestmann said in a statement following the decision.

Taxi drivers in cities across Germany have accused the San-Francisco based company of ignoring the regulations to offer a cheaper service.

They say that while they have to undergo health checks, pass a local knowledge exam and show evidence of comprehensive insurance, Uber doesn't demand the same of its drivers.

The Frankfurt judges did note that they still had reservations about Uber's business model.

"The court still considers it to be unlawful that Uber brings trip requests to drivers who don't have permits under passenger transport law and thus incites drivers to break the law," they said in a statement.

Uber, meanwhile, says that it is not a traditional taxi service, claiming that it simply acts as a middleman for ride-sharing.

“Uber is innovating within the framework of the law and is in constructive dialogue with policymakers about how ride-sharing best works within the German context," Nestmann said.

SEE ALSO: In defence of Uber: three reasons why it beats taxis