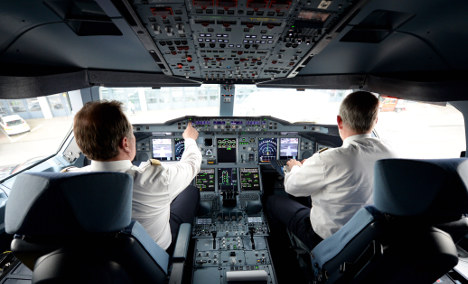 The union said in a statement that Lufthansa's management had made a new offer on pilots' pensions and that its remuneration committee would be returning to the table to continue talks this week.

The union has already organized three walkouts in the past month over retirement arrangements, and warned that it "it was not yet foreseeable to give up industrial action on a long-term basis".

Cockpit had announced on Monday morning that a strike affecting all long-haul flights from Germany's largest airport would take place from 9am until 5pm, while Lufthansa said that all flights would depart, although there would be timetable changes.

The union had said that they felt forced to take action after management hadn't presented any compromise agreement in the pension dispute, but that they were willing to find an agreement to avoid further strikes.

Strikes have already taken place in the last month in Frankfurt and Munich, costing Lufthansa tens of millions of euros.

A three-day strike over the pension issue in April also grounded 3,800 flights and affected 425,000 passengers.