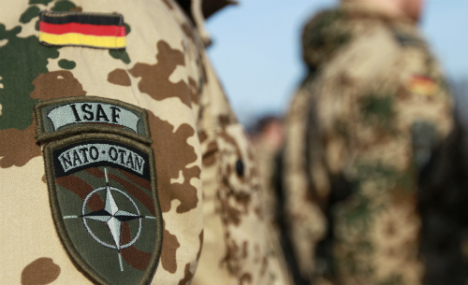 After the annexation of Crimea, Germans are worried that Russian President Vladimir Putin will take over more of the country. Two-thirds of respondents in a poll taken by German press agency DPA said they fear a Russian invasion in eastern Ukraine.

However, 51 percent of people were against a strong Nato presence in the region while just one in three respondents were for it.

Even more were against a stronger German military involvement (57 percent) and fewer strongly supported it (30 percent).

State leaders are meeting for two days in Wales starting on Thursday to discuss the consequences of the Ukraine crisis. The alliance wants to be able to accelerate its response capabilities to crisis zones.

How many soldiers could be sent to the area is not yet clear. Russia's neighbours in the Baltic region, Lithuania, Latvia and Estonia, as well as Poland say the member states are feeling threatened.

Foreign minister Frank-Walter Steinmeier and Defense Minister Ursula von der Leyen have both been in strong favour of more German involvement in crisis zones. The recently-sent shipment of arms to Iraqi Kurdish regions was part of that shift.

Germany, still uncomfortable with its past as instigator of the World Wars, has, until now, made a policy of not sending weapons into active conflict zones.