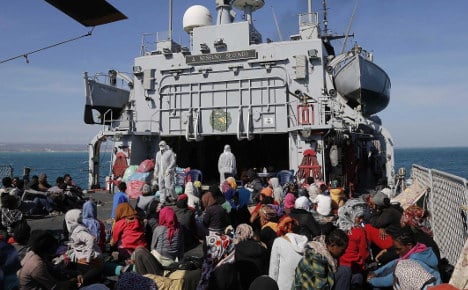 De Maizière confirmed the plans in a joint press conference with his Italian counterpart Angelino Alfano in Berlin.

EU interior ministers will discuss joint efforts at their meeting at the beginning of October. They hope to identify and agree on concrete steps to deal with the problem and end the blame game between different member states.

The new Mediterranean mission will be called “Frontex Plus”, a reference to the European border security policy.

In exchange for help from other members, Italy and other southern European states must commit themselves to uphold the EU's border regulations.

That means that they must register all asylum seekers and prevent them from travelling onwards into other EU nations' territory.

Italy has been regularly accused of ignoring these rules so as not to have to deal with refugees themselves.

De Maizière also promised to unveil plans to strengthen the fight against people traffickers and to work more closely with refugees' countries of origin.