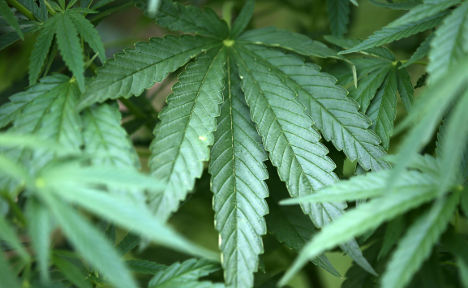 The anti-marijuana lobby has lost a few battles recently.

Recreational users over the age of 21 in the US states of Colorado and Washington are now free to consume the drug in public and buy it from licensed shops. Medical cannabis is now legal in a further 23 US states.

On Sunday, The New York Times published a surprise editorial in support of nationwide legalization.

The ban was not working, it said, cost millions to police and drew law enforcement's attention away from harder drugs.

The health dangers in comparison to alcohol or tobacco for example had been overplayed in the past, it said, a sentiment shared by US President Barack Obama.

In Germany, where an estimated three million people use marijuana on a regular basis, a recent court ruling allowing "seriously ill" patients to grow their own cannabis has sparked a similar debate about the benefits of the ban.

Although cannabis is still technically illegal in Germany, possession is hardly ever followed up by police.

In most areas officers turn a blind eye to "small amounts" for personal use, although what is considered "small" varies widely depending on the area of Germany.

Some politicians, such as Green Party veteran Hans-Christian Ströbele, have called for an outright end to the ban.

Pro-legalization feeling is notably widespread in the German capital Berlin, where the 18th annual Hanfparade march – Europe's largest legalization demonstration – is set to be held in August.

A Berlin district mayor Monika Hermann has even suggested that one way to deal with a local dealer problem would be to open up Amsterdam-style coffee shop cafés in the city's Kreuzberg area selling cannabis over the counter.

But the suggestion was shot down by the city's Senate, above all by the capital's health senator Mario Czaja of the conservative Christian Democrats (CDU).

"I think this plan is unrealistic and false. Cannabis is not a harmless substance," he told Berlin's parliament in November. Its use increased risks of psychosis, depression and heart problems, he added.

Some supporters of the ban have gone even further, claiming that cannabis can cause death.

Ex-Bayern state premier and one-time leader of the the CDU's Bavarian sister party (CSU) Edmund Stoiber told legalization supporters in the early 1990s that "anyone supporting free enjoyment of cannabis is irresponsibly accepting the deaths of thousands of young people".

Earlier this year, the Hanover-based German Association for Drugs and Addiction (FDR), told The Local the dangers of the drug were sometimes "exaggerated" after two doctors claimed to have found Germany's first fatal marijuana overdose cases.

Yet the majority of Germans remain nervous about the prospect of lifting the ban, as a survey carried out in January shows.

Sixty-five percent of Germans said they would reject relaxing laws restricting the production, sale and consumption of marijuana, according to the study conducted by opinion pollsters Forsa for Stern magazine.

Just under a third of those asked (29 percent) would like to see the drug legalized, while six percent said they have no opinion on the issue.

What do you think? Should Germany lift the ban? Or should it follow the US lead and allow individual states to decide? 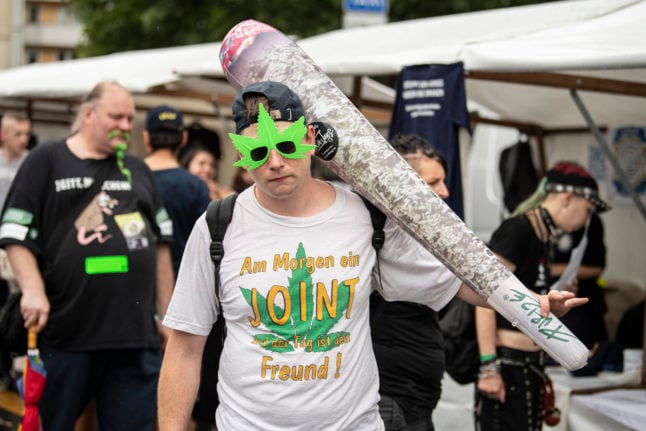