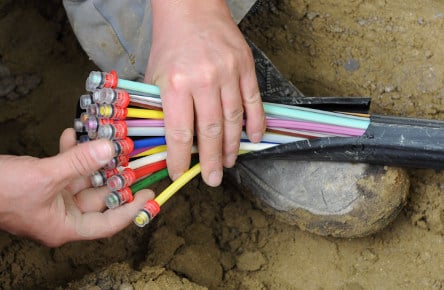 Measures to provide uniform highspeed user access will be announced next week by Transport Minister Alexander Dobrindt, whose authority is responsible for Internet traffic, according to daily Die Welt.

"We are following a clear timetable for provision of the [broadband] frequency," Dobrindt told the paper, adding that development commitments would be agreed with all federal states by September 30 .

The government aims by 2018 to achieve uniform broadband with a download speed of at least 50 megabites per second.

Work to overhaul Germany's internet provision began in 2000, with a €50-billion injection of funds. A further €4.4 billion was spent on a second phase in 2010. The current and third phase now aims to eliminate stark contrasts in internet speeds in cities and rural areas.

According to the newspaper, 81 percent of urban areas already have this speed, compared with only 18 percent of rural areas.

As impressive as the pledges sound, they are taking place amid €2 billion in funding cuts to funding for the IT sector overall.

"This also affects the federal broadband office, which used to get more money," a Transport Ministry official said.

But even as finances fluctuate, the ministry said it will still launch a €100-million fund next year to promote digital innovation.

Internet cover in many of Germany's regions remains patchy and is a major source of irritation for inhabitants.

Galvanized into action by poor download speeds, the 640 residents of the tiny Northern Friesland village of Löwenstedt this year even launched their own super-fast internet service after clubbing together to raise the funds.

Data files that used to take two hours to load on home and business computers now appear in just 30 seconds.

But the initiative did not come cheap: A local firm had to raise more than €2.5 million from its 925 shareholders to build their own fibre-optic network.