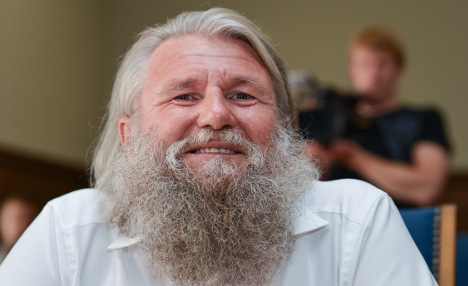 The regional court of Nuremberg-Fürth jailed the mother-of-three and her partner, known as the “guru of Lonnerstadt”, after finding the pair guilty of abusing the son from 1999 to 2002 when he was a child.

The son, now 27, suffers from cystic fibrosis, which congests the lungs and causes problems with the digestive system. He should have made regular visits to the doctor and been treated with inhalers and medication.

But his step-father, a self-styled "teacher of ageless wisdom" advised a treatment of meditating and eating vegetables.

The boy first brought legal action in November 2012 after seeing a documentary depicting the "guru" and his followers who call themselves the "New Group of World Servants".

Two years after the mother, 49, moved in with the “guru” in Lonnerstadt, near Nuremberg, the 15-year-old boy weighed just 30 kilos – 20 kilos underweight for a person of his size. If he had not been treated in time, he would likely have died, the court found.

Judge Ulrich Flechtner accused the pair of a “total abdication of the raising of the child,” dismissing their excuse that they felt unable to impose medical treatment on the boy.

Given that the boy's schoolteachers noticed his drastic weight loss, it was impossible that his mother didn't notice, he said.

He also dismissed as “completely absurd” their argument that the legal action was an attempt at revenge by the boy's biological father.

The judge did accept that the pair had suffered from being pilloried in the media, with the man, 55, described as the “cult guru of Lonnerstadt”.

The son's lawyer said that while he had taken a long time to come to terms with the experience, the judgement was a relief that would allow him to move on with his life.