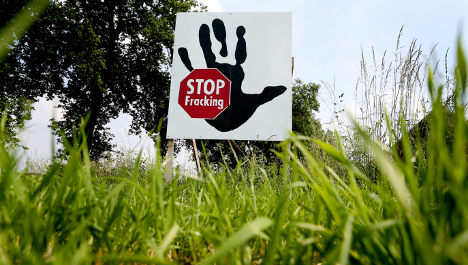 "Fracking is a risky technology and therefore needs strict guidelines to protect the environment and health," UBA Preident Maria Krautzberger at a press conference in Berlin on Wednesday.

The UBA report, which details the environmental impacts of fracking in Germany, came in at more than 600 pages.

Lawmakers are working towards an initial ban on the practise until 2021, but UBA President Maria Krautzbergeis encouraging the ministries to hasten regulations. The current bill is first expected to be tabled in the coming months and will ban drilling deeper than 3,000 metres.

"As long as the significant risks of this technology cannot be predicted with certainty, there should be no fracking in Germany to extract shale and coalbed methane," she said.

Fracking, or hydraulic fracturing, is the process using pressurizing chemicals and water to extract gas supplies from shale and coalbeds in depths up to 5,000 metres.

Krautzberger is encouraging Economy Minister Sigmar Gabriel and Environmental Minister Barbara Hendricks, both of the centre-left Social Democrats, to hasten the ministerial process to regulate "all forms of fracking" in Germany.  The UBA president doesn't want to officially ban the process, but instead making the regulations so stringent that it is all but impossible.

The UBA's report recommended a comprehensive risk assessment of all fracking projects for gas and oil productions, including testing activities. It wants the environmental ministry to ban fracking in all drinking and natural hot water spring sources, as well as lakes, reservoirs and protected nature areas without exception.

Hendricks has previously spoken in support of an outright ban. In an interview with The Local in April, Friends of the Earth Germany (BUND) fracking expert Ina Römer said: "Existing shale gas deposits in Germany would only last for about ten years. Long term price stability and independence through relying on Germany's own gas resources are therefore pure utopian fantasy."