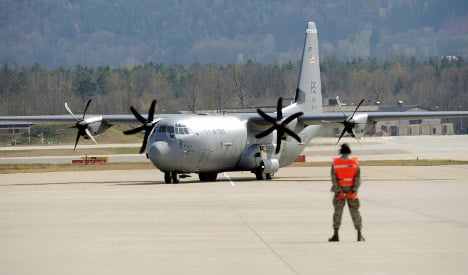 The "apparent stowaway", thought to be from Mali, was discovered on Sunday night during a "routine post-flight inspection" of the C-130J transport aircraft at Ramstein, spokesman Rear Admiral John Kirby told a news conference.

He was found above the aircraft's rear landing gear and it was unclear when or where he had climbed into the compartment, Kirby said.

The boy "was an adolescent black male, possibly of African origin," he said.

The plane had been flying operations in support of US Africa Command "with stops in a few countries," said Kirby, without naming the nations.

A US defense official, who spoke on condition of anonymity, said the plane had been on an eight-day mission in Africa that included a visit to Mali.

German authorities were conducting an autopsy and an investigation into the case at the airbase in Rhineland-Palatinate.