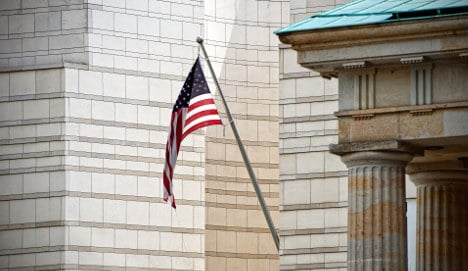 "We are confirming that the individual who was asked to leave the country last week is no longer in Germany," a US embassy spokesman said.

A German foreign ministry spokesman also confirmed the news that the US spy chief had left.
The Süddeutsche Zeitung cited German and US government sources as saying that the man took a commercial flight from the western city of Frankfurt bound for the United States.

The station chief's departure follows a tense period of revelations about alleged US intelligence gathering in Germany without the government's knowledge.

Last week, Germany ordered the US intelligence chief to leave the country in response to the unmasking of two alleged US spies working for the German intelligence service and defence ministry.

Politicians and media have cited the incidents as evidence that relations between the governments have gone sour and demanded Berlin should take a tougher line with its nominal US ally.

Chancellor Angela Merkel and US President Barack Obama discussed the situation for the first time by telephone on Tuesday ahead of EU consultations in Brussels. The German leader's mobile phone was also allegedly tapped by the US intelligence services, it emerged last year.
Little was disclosed about the conversation between the leaders. A White House statement said that Obama and Merkel "exchanged views on US -German intelligence cooperation, and the President said he'd remain in close communication on ways to improve cooperation going forward".
SEE ALSO: Germans expect US spy chief to go 'promptly'