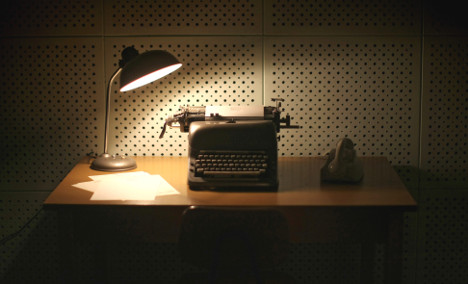 “Unlike other inquiry committees, we are investigating an ongoing situation. Intelligence activities are still going on, they are happening,“ said Sensburg of the Christian Democrats (CDU).

“And of course we have to keep our internal communication secure, send encrypted emails, use encrypted telephones and other things, which I'm not going to say here of course."

When asked whether the committee members had considered ditching word processing and going back to manual paper and ink typing machines, Sensburg said it had certainly crossed their minds.

"Definitely we have [thought about using] a manual typewriter," he said.

The committee is tasked with investigating the activities of foreign intelligence agents in Germany in the wake of the spying scandal resulting from the Edward Snowden leaks last summer.

The committee itself is also believed to be a possible NSA target.

Intelligence agencies may have been targeting at least two members' phones, Spiegel magazine reported on Monday.

Sensburg's interview comes just days after it emerged that two suspected US spies had been planted in the German intelligence agency and the country's Defence Ministry.

In response, the government asked the US intelligence chief in Germany to leave the country, but by Monday the US Embassy had not yet informed the German Foreign Ministry if the station chief had gone.

SEE ALSO: US critical over German handling of spy row