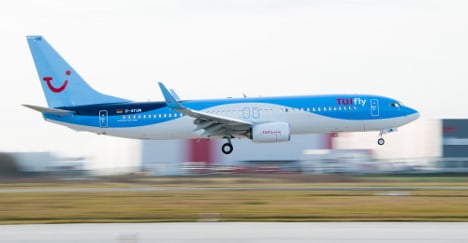 "TUI Germany is reacting to the current situation in Israel and has cancelled all tours in the country until July 31 inclusive," the company said in a statement.

"Holidaymakers who have booked a TUI tour through Israel in the next three weeks will be contacted."

The company said it would accept no new bookings for Israel with departure dates in the next three weeks.

Clients who had planned package trips or reserved hotel rooms in Israel that begin before the end of the month would be informed of the German foreign ministry's current travel advisory for the country and asked to reconsider their travel plans, it said.

Such travellers "can postpone or change their travel plans at no extra charge," the company said. The current German foreign ministry travel advisory notes there have been "massive rocket and mortar attacks on Israeli territory from the Gaza Strip in recent days," adding that the Tel Aviv region had also been targeted.

"The Israeli forces have started a military operation to stop such attacks. (But) one must assume the attacks will continue," it said.

No Israelis have been reported dead in the latest violence, but Hamas has launched waves of rockets across central Israel.

Israeli Prime Minister Benjamin Netanyahu has vowed even tougher action against Hamas, despite growing international calls for a ceasefire in the worst confrontation in Gaza since 2012.