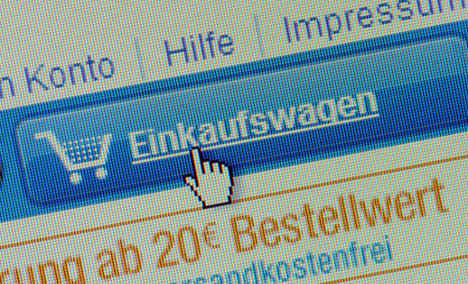 The US giant has been delaying delivery of printed books from Sweden's media and publishing group Bonnier, which has 16 publishers in Germany, since early May, the German Publishers' and Booksellers' Association said.

It claimed that Amazon's aim was to negotiate bigger price cuts on the purchase of e-books which the association put at up to 50 percent, a figure for which it cited media reports.

Bonnier, which owns German publishing houses such as Ullstein and Carlsen, has not confirmed it is in any dispute with Amazon, nor the reported details.

"Amazon is breaching anti-trust law with its blackmailing approach to publishing houses," the association's head Alexander Skipis said in a statement.

"Amazon's business conduct doesn't just have consequences for the affected publishers, but represents a danger for all providers and distributors of e-books in Germany," he added.

The German competition watchdog must now decide whether to investigate the complaint.

For more than a year Amazon has been hit by intermittent strike action in Germany, its biggest market outside the United States, in a dispute over pay.

The German Publishers' and Booksellers' Association represents the interests of about 6,500 publishing companies, bookshops and booksellers.