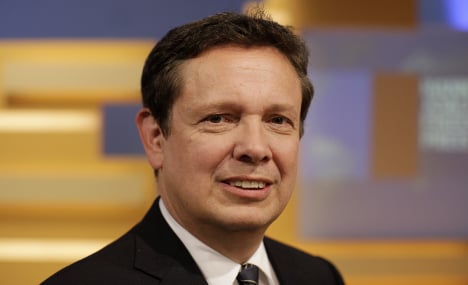 Representatives from politics and the media responded with great sympathy. Germany has lost a prominent journalist and publicist, President Joachim Gauck wrote (in a letter) to Schirrmacher's wife, Rebecca Casati.

“We have lost the voice of reason that Frank Schirrmacher embodied in many debates,” he said.

Schirrmacher had been one of the FAZ's five publishers since 1994, when he succeeded Joachim Fest.

He was responsible for the arts section and science and influenced several social debates with his articles and bestselling books.

“We are deeply shocked and stunned,” said the Berthold Kohler, co-publisher of the FAZ. “It is a terrible loss for the Frankfurter Allgemeine Zeitung.”

On their internet page, the FAZ wrote: “He was one of the most intelligent and high profile journalists and intellectuals.”

The author and journalist joined the FAZ as editor of the feuilleton (literature and arts section) in 1985 and remained loyal to the paper throughout his career.

In 1988, he received his doctorate for his work about Franz Kafka.

Schirrmacher was also known as an author of books. In 2004, his first book The Methuselah Conspiracy, which dealt with the aging of society, was an international success and published in 14 languages. His second book Minimum came out in 2006 and was also a bestseller.

Schirrmacher was married to the journalist and author Rebecca Casati and lived in Potsdam in Brandenburg. He had a son and a daughter from his first marriage to German author Angelika Klüssendorf.