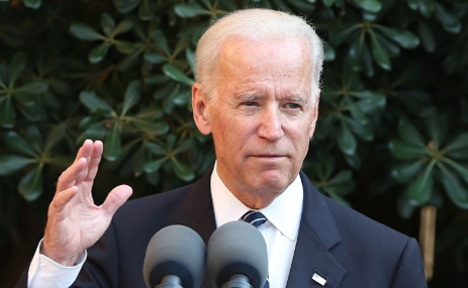 In the speech in Washington DC at the National Association of Manufacturers' annual summit, Biden said the US needed to reform immigration policy to maintain its competitive edge.

“We have to pass an anti-immigration bill. Look at Germany. Look at the rest of the world. We're the only non-xenophobic nation in the world that's a major economy,” he said.

However, the facts would seem to disagree with Biden's thoughts about Germany. It is an increasingly popular destination for immigrants, suggesting it has an open immigration policy.

A recent study from the OECD (Organisation for Economic Co-operation and Development) showed that Germany had experienced an immigration boom in the last five years, making it the second most popular destination for permanent immigrants in the world.

And figures released from Federal Statistics Office (Destatis) in June found that more than 15.3 million people living in Germany have a migrant background.

Many immigrants are better qualified than a lot of Germans, filling a gap in Germany's skilled labour market, according to a report also released in June from the Berlin Institute for Population and Development.

What do you think? Is Germany welcoming to immigrants? Leave your thoughts below.