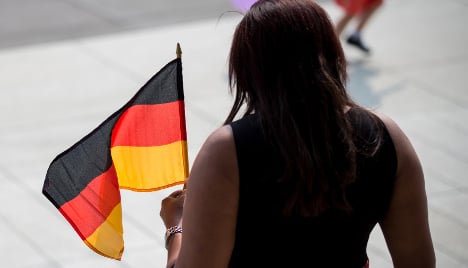 Figures from Federal Statistics Office (Destatis) based on the 2011 census, showed 19 percent of the country had a migrant background – classed as all foreigners who immigrated to Germany after 1955 or children who have at least one parent who came to Germany after that date.

The census also found that they live almost exclusively in western Germany and in Berlin – only 3.3 percent lived in eastern states.

Hamburg has the highest percentage of people with a migrant background (28 percent), followed by Baden-Württemberg (26 percent) and Berlin (24 percent). Bavaria’s figure was the national average of 19 percent.

They were also on average ten years younger than Germans with an average of 35 compared to 45.

A study from think-tank the Berlin Institute for Population and Development released on Tuesday also found new immigrants were better qualified than the native population.

In particular, migrants from the crisis-ridden southern European countries and from the eastern European EU member states filled growing gaps in the German skilled labor market.

But institute director Reiner Klingholz said: “The current high level of immigration is unlikely to persist in the long term.”

Many immigrants are also highly mobile and as soon as the economic situation in their home countries improves they could return home, Klingholz said.

"We need a targeted and coherent integration policy to strengthen Germany's reputation as an attractive country for immigration,” he said.

But the study also found that children of so-called Gastarbeiter (guest workers) who arrived in Germany from the 1960s onwards were still performing poorly at school and Germany was struggling to integrate them.

The institute called for more to be done to promote early childhood education and to train teachers to work with children from different backgrounds.