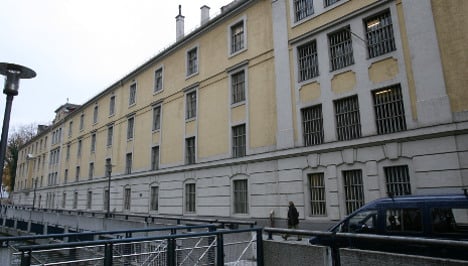 In what the city’s fire service described as a “very unusual incident”, the 42-year-old man was walking past the former Neudeck prison when he noticed a side door was open.

He entered the empty building and closed the door behind him, unaware the prison’s doors are designed to only be opened from the outside and not the inside. “He only noticed this after the door slammed shut,” the fire service said in a statement.

The involuntarily inmate then walked through the prison looking for an exit before finally giving up and calling the fire service.

But they struggled to rescue him as the keys to the building were with the site’s owners who could not be reached.

Speaking over the phone, a police officer, who knew the prison well, directed the man to the jail’s control room. Once there he could see his rescuers in the courtyard of the prison through bulletproof glass.

The accidental prisoner could then be freed by climbing through a broken ventilation grille in the control room.

The fire service described the man as “visibly embarrassed” on his release.

Neudeck prison closed in 2009 and was sold by the Bavarian authorities in 2010. A hotel was planned for the site.