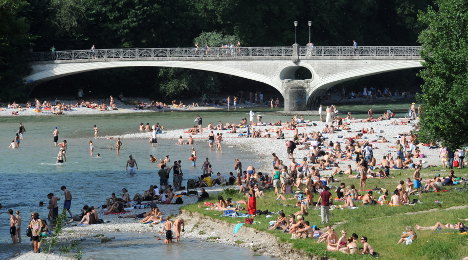 Germany has risen from eighth spot in 2009 to second place in 2012 for the number of permanent immigrants, according to figures published by the OECD on Tuesday. Only the United States is a more popular choice.

Immigration rose by 38 percent between 2011 and 2012 alone, as economic growth in the country outstripped that of its struggling European neighbours.

Almost 400,000 people emigrated to Germany permanently in 2012, putting it ahead of Canada and the UK for the first time, according to the study called Migration Policy Debates. Permanent immigrants was defined as those with indefinite residency, and EU citizens who had been living in the country for at least a year.

The OECD said the reason behind the boom was the increase in immigration from eastern and southern Europe.

"We can certainly speak of a boom," OECD migration expert Thomas Liebig said. "More people have come and those who have come have stayed longer.”

A third of all migrants in Europe head to Germany, up from one in ten in 2007, the study found.

And those who do arrive are better educated and are more likely to be working than those arriving in 2007, the OECD added.