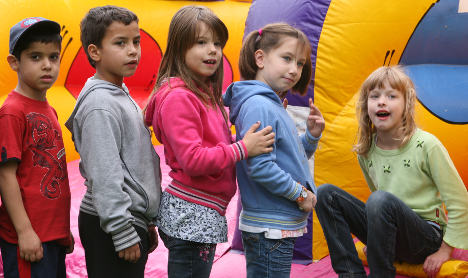 Figures from the Federal Employment Agency show that as of December 2013 169,016 children in the capital were living in families whose parents claimed Hartz IV.

This was about 1,000 more than at the end of 2012, the Berliner Morgenpost reported.

The proportion of children in benefit-dependent households in Berlin has remained equally high over the last five years. However, the distribution over the city’s 12 districts is very different.

At the end of 2012, every second child in central Berlin was living in a household supported by Hartz IV benefits.

The district of Neukölln was the second highest with almost 50 percent, followed by the eastern districts of Marzahn-Hellersdorf (41 percent) and Friedrichshain-Kreuzberg (40 percent).

The lowest figures were for Charlottenburg-Wilmersdorf (22 percent) and Steglitz-Zehlendorf (13 percent).

According to the statistics provided by the employment agency, families with young children are particularly affected, with parents of more than 83,000 children under the age of seven dependent on benefits.

And 45 percent of the 169,016 children were in single-parent families, while at least one parent in every second household claiming Hartz IV was not a German national.

"Families are struggling to make ends meet, especially in the districts where poverty is at its worst," Möller said.

The statistics were published after Möller put in an information request.