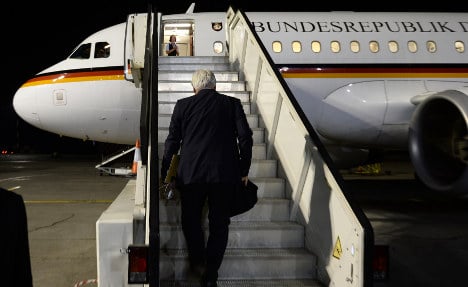 The Social Democrat politician was forced to wait two hours in Moldova until he could start his onward journey to Tbilisi in Georgia.

This time it was a problem with sealant on the kerosene intake pipe which stopped the minister's plane taking off from the Moldovan capital of Chisinau.

Just a few weeks earlier at the end of March, the same A319 Airbus was grounded for five hours in Ethiopia due to a computer failure.

This time he was accompanied by the French Foreign Minister Laurent Fabius.

But the ministers seemed to take the delay in their stride. "We agree even in difficult situations," joked the German minister.

The technical glitch took so long to fix that Steinmeier and Fabius left the plane, planning to switch to the French minister's vehicle. But at the last minute technicians sorted the problem.