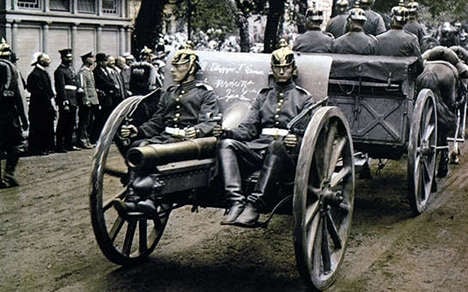 On display at the Willy Brandt Haus, the photos date from 1914 to 1918 and were largely propaganda images used by French, Australian, German and Russian governments during the years of fighting.

World War I was the first conflict to be photographed in colour, but almost all the images we see of it are in black and white.

One of the leading photographers working at the time was Stuttgart native Hans Hildenbrand – whose photos of everyday life on the front line can be seen in the exhibition.

One hundred years after the war began, the Willy Brandt Haus curators hope the exhibition can give visitors a different insight into a conflict which re-shaped the political, social and cultural landscape of Europe.

Running from April 11th to April 15th, the exhibition is free but is closed on Mondays and Bank Holidays.