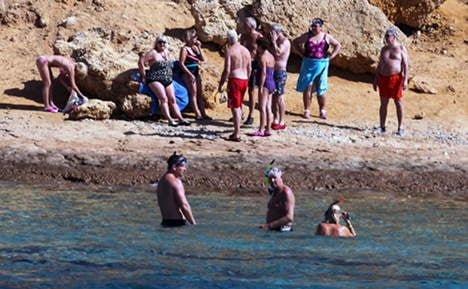 The suspension will last until April 30th – a peak period for Europeans seeking a sunny destination during their Easter vacations.

People who have already bought tickets will be reimbursed or offered places on flights to another Egyptian Red Sea resort, Hurghada, located not on the Sinai Peninsula but across the Gulf of Suez.

The airline's announcement follows warnings by Belgium, Germany and Switzerland for their nationals to avoid the Sinai following stepped up unrest and violence there. In February, three South Korean tourists were killed in a bomb attack on a bus claimed by an Al-Qaeda-inspired group.

Scores of Egyptian policemen and soldiers have been killed in attacks claimed by Sinai-based militants.

The skittishness of European companies and tourist carriers could be costly for Egypt, which depends on tourism for more than 11 percent of GDP.