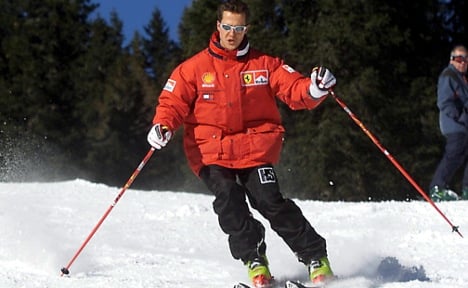 "Michael is making progress…. He shows moments of consciousness and awakening," his manager Sabine Kehm said in a statement, 96 days after the accident.

The seven-time Formula One world champion has been in a coma at a hospital in Grenoble since falling and injuring his head in a ski accident on December 29th in Meribel, France.

Doctors put Schumacher in a medically induced coma after the accident on December 29th in which he hit his head on a rock while skiing at the French resort of Meribel with his son and a group of friends. He remains in hospital in the French Alpine city of Grenoble and little has filtered out about his condition, though his family said on January 30th that drugs used to keep him in a coma were being reduced with a view to bringing him back to consciousness.
"We are on his side during his long and difficult fight, together with the team of the hospital in Grenoble, and we keep remaining confident," Kehm said.
SEE ALSO: Schumacher showing 'responses' says Massa