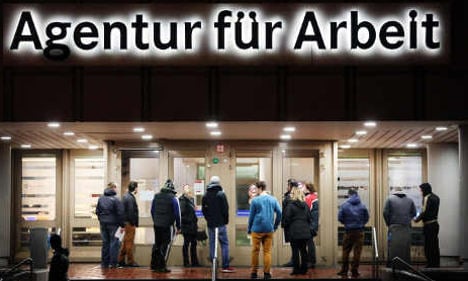 A draft report from a government panel, which was released on Wednesday, said that even if they were EU citizens, unemployed foreigners did not have a right to stay under EU law after three months if their job search had no chance of success.

But it added that receiving benefits alone was not reason enough to expel someone.

In discussing the limitations on residency, the draft proposal points to an EU court ruling which said six months was an appropriate period to reassess whether someone should be allowed to stay.

It also stressed that member states are allowed to limit the time that citizens from other EU countries can look for work.

The panel was formed by Chancellor Angela Merkel in January this year amid fears that EU citizens from poorer countries such as Romania and Bulgaria would flock to Germany to claim benefits.

It found that immigration had increased steadily from the European Union. "This is good news for our country. Immigrants contribute to prosperity and development," said Interior Minister Thomas de Maizière who presented the report on Wednesday.

But he added in some regions there had been a worsening of social problems and an increasing burden on schooling, housing and healthcare due to EU immigrants.

"The number of immigrants from Bulgaria and Romania in the nation is manageable, but regionally worrying," the minister said. "Therefore it is right that we counteract now, so that there is no major damage to the country."

The 133-page report also backed making it harder for immigrant to claim benefits.

Cities most affected by immigration are also to receive €200 million in support over the next seven years, under the proposals.

The German Association of Cities welcomed the planned aid. "The proposals are a step in the right direction," President Ulrich Maly said on Wednesday.

Both de Mazière and Labour Minister Andrea Nahles stressed the importance of freedom of movement in the EU when they presented the report.

The final version will be published in June.

SEE ALSO: Thousands from US and UK on German benefits