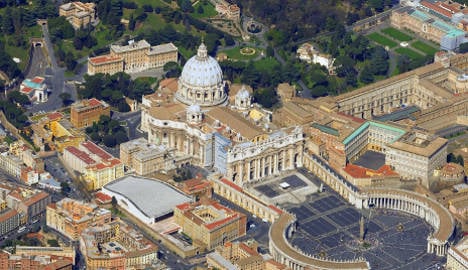 A ministry spokesman told AFP that a box packed with 340 grammes of cocaine valued at €40,000 euros was seized at the international airport in the eastern city of Leipzig in January.

The narcotics, posted from an unnamed South American country, were in liquid form and had been poured into the condoms and placed in the package addressed to the main postal centre at the Vatican.
"I can confirm the incident as reported" in the Bild am Sonntag newspaper, the spokesman said.
"But we cannot say anything more about the case," he added, saying it was now in the hands of local prosecutors.
Authorities handed the parcel to a police officer at the Vatican with the aim of laying a trap for a culprit who might try to claim it.
But the box had remained there since January.
German investigators believe the intended recipient, who remains unknown, was likely tipped off that the package had been intercepted.
The Vatican office of Interpol is now working on the investigation with the Leizpig prosecutor's office, which could not immediately be reached for comment.