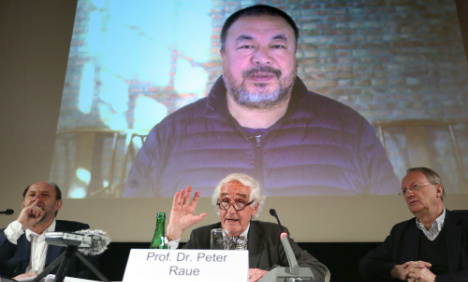 "It would be good if the president found the time to go visit the exhibition. He would see how a man of the same age as him and from the same background can become a totally different person," Ai told the daily Süddeutsche Zeitung.

Xi is due to pass through Berlin at the end of this month as part of a European tour that runs from March 22nd to April 1st.

The largest-ever exhibition of Ai's work is about to open at Berlin's Martin-Gropius Bau hall. The outspoken artist is unable to attend as his passport was confiscated in 2011 following a nearly three-month detention.

"We both belong to what is known as the second red generation. Our parents were the generation that founded communism. In fact, his father and my father were good friends," said Ai.

He added that he is hoping one day to meet the president.

"I would very much like to meet him one time, to discuss privately, so I can understand some of these things that have been puzzling me."

"We grew up, both of us, during the Cultural Revolution. We are products of that system. Why did I become so different?"

Considered the best-known and most audacious of contemporary artists in China, he was chosen to help in designing the Bird's Nest stadium for the 2008 Beijing Olympics.

But he later fell out of favour with the authorities after becoming an outspoken critic of human rights abuses and corruption in the country. 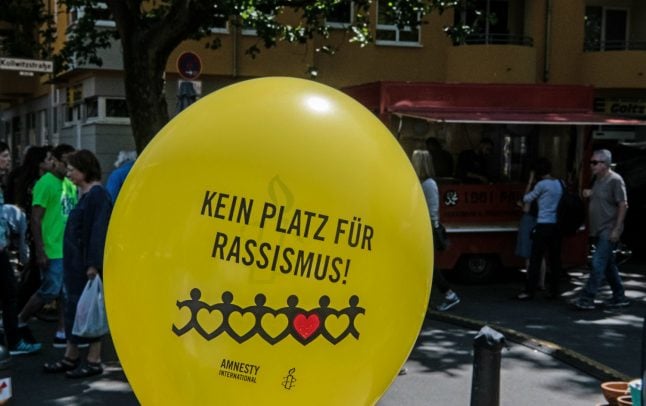 INTEGRATION
‘I’ve never been able to shake off the feeling of being a foreigner’: How tolerant is Germany? 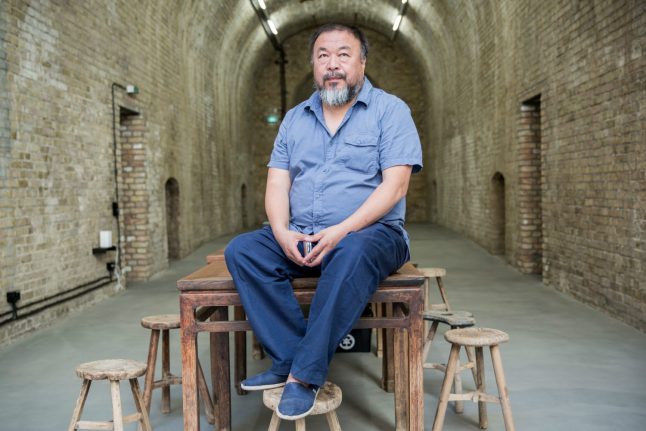 A balllon with the words: 'No place for racism' at a diversity event in Berlin. Photo: DPA

In an interview with the German daily Welt published Friday, Ai, who moved to Berlin in 2015 after spending four years under house arrest in his native China, said: “Germany is not an open society. It is a society that wants to be open, but above all it protects itself.

“German culture is so strong that it doesn't really accept other ideas and arguments.”

Ai said he has faced incidents of discrimination while living in Berlin and he also slammed authorities for not speaking out over Chinese human rights violations.

READ MORE: 'Germany is not an open society': Ai Weiwei on leaving Berlin

The Local readers, many of them foreigners living in Germany, reacted strongly to the comments. Some posted on our social media pages to share their own stories of integrating.

On Facebook, Muhammad Ali Zia, who studied for his Masters in Germany and now works full time in the IT sector, said he has had “good and bad experiences”.

He said he had met “kind open hearted people” but also “racist” people who have spat at him in the street and called him a foreigner.

“Germany for me has been a good place,” he said. “I've made friends and I've spent many good times exploring nature (lakes, woods) with them.

Richard Still, who is from South Africa, said he understood Ai’s sentiment.

“It’s not about what you see or hear daily,” he said. “It’s about the subtle nuances and the general undertone that is not visible or tangible. It’s more about a feeling of acceptance or rejection.

“It’s not easy to break through those barriers. I have yet to get invited to a German home for a meal yet foreigners in Germany welcome me with open arms.”

Ricardo Saltz Gulko said there was “some small truth” in what Ai said, adding that Germans “do their best to be open at least”.

Another reader, Yiannis Eipame, suggested that Berlin is more tolerant than other parts of the country. Eipame said: “I've been around Germany, but I have only lived in Berlin and I feel I would only live in Berlin.” A woman carrying a sign that reads: 'Open to diversity' at an anti-racism march held in Wächtersbach after the shooting of an Eritrean man last month. Photo: DPA

Another reader, Thanaseelan Pushpanathan said Ai is “probably right”. He added that he has sensed a “superiority and smugness” from some Germans at times.

However, he said: “I do not feel unwelcome though. Never did. Quite the opposite. And I never felt more safe anywhere. And I have lived in a few places around the world.”

Another Local reader Kaitlin Mattes said she “completely agrees” with Ai, but feels that the problem is worse in the more conservative southern part of Germany.

As Catherine Gosling put it, “No country is without prejudice and racism. Germany has a well-deserved reputation for being an open and tolerant society. That doesn’t mean there isn’t racism or prejudice, which threatens many countries around the world.”

Another reader Sabine Geithner said it can depend on the location in Germany. “I think it’s Berlin,” she said. “I‘m a German who‘s been living in Berlin for more than 10 years now and even I am sometimes surprised and hurt by how rude and unwelcoming Berliners can be (not everyone, but some).

“However, everywhere you go you will find people who are xenophobic and unfortunately it’s a global trend that come with the newly rediscovered protectionism. Don’t blame German culture, blame wars, social inequities, power hungry nations.”

Johanna Wise felt that Germany has grown into “a cosmopolitan society” but that “most Germans do not want their culture taken away from them.”

Weng Kong Lee, who has lived in Germany for 40 years, said he believes internationals who come to Germany are treated in a more favourable way if they learn the language. “I think it is the language problem that he (Ai Weiwei) was treated that way,” he said. 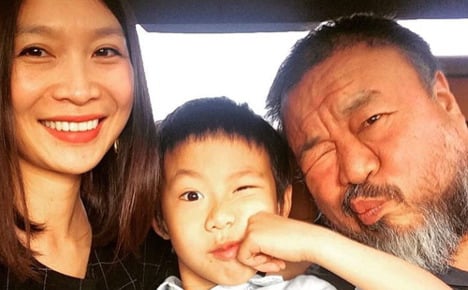 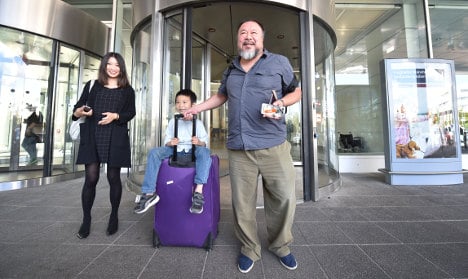