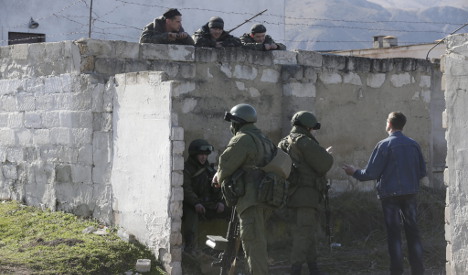 In the poll at the start of March, which was widely shared on Twitter on Thursday and Friday, 55 percent of those asked said they “did not care” in response to the question: “The world is holding its breath: will the Ukraine conflict lead to a third World War?”

The results for the poll, carried out by broadcasters Kabel Eins, showed that 21 percent thought the crisis in Crimea would lead to the outbreak of another world war and 16 percent were hopeful that it would not. An honest six percent said they did not know.

But with just 146 people answering Kabel Eins' questionnaire, the survey was not exactly representative.

With a referendum in Crimea over joining Russia set for Sunday, former leader of the Soviet Union Mikhail Gorbachev warned in a letter to Vladimir Putin and Barack Obama that the crisis was at risk of escalating into a new Cold War.

And on Friday a German foreign ministry spokesman said the referendum outcome would be “irrelevant”.

Western powers have said they will ignore the result, believing it to be illegal.